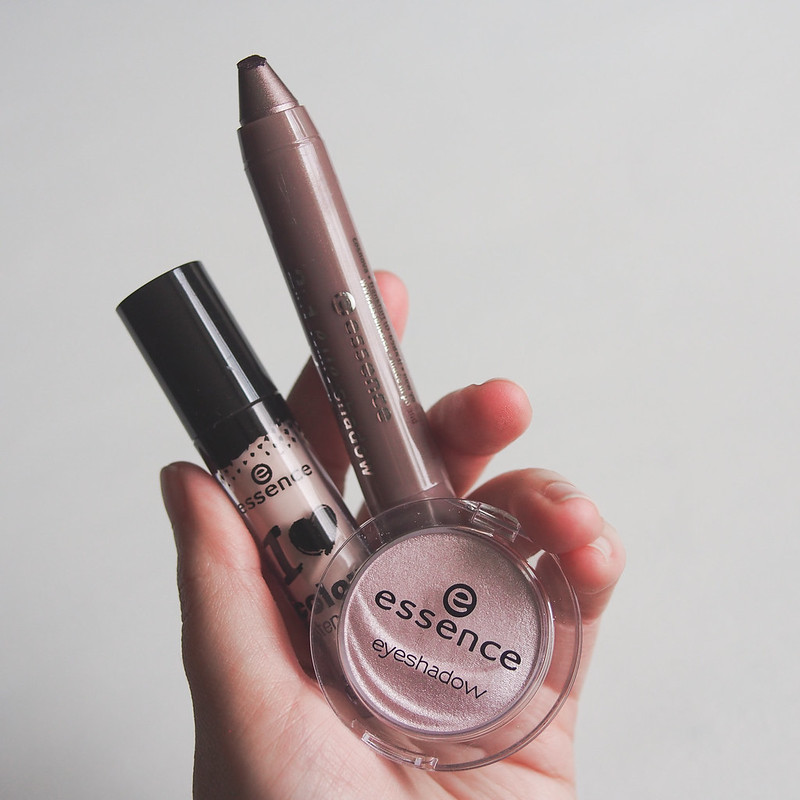 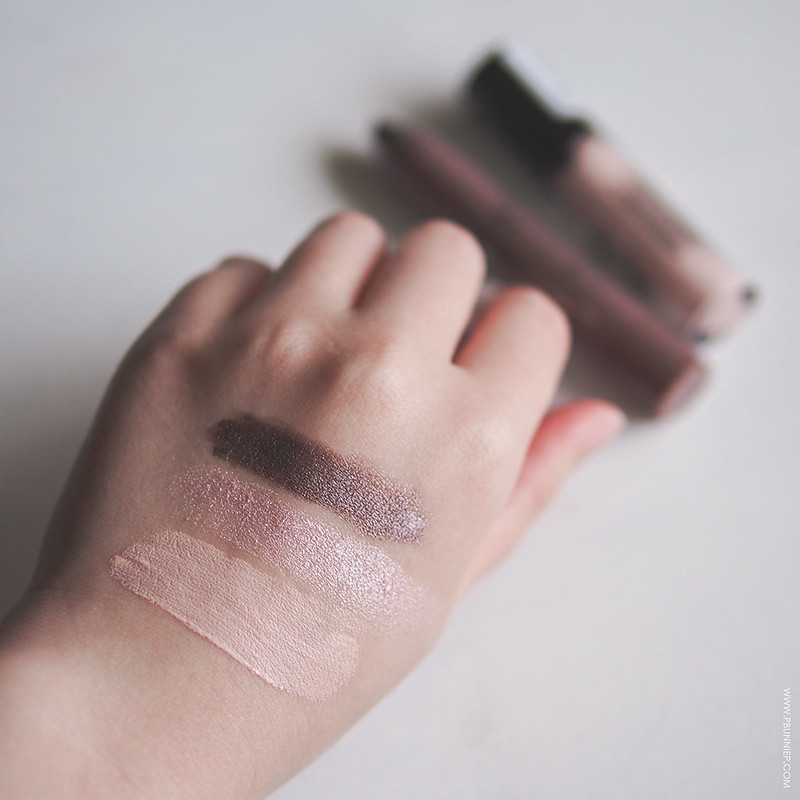 Nesting itself in elusive corners of Shoppers Drug Mart, I always make a point to stop by a shop with an Essence stand whenever I pass by – granted I may have also starred those shops on my Google Maps. Known for being inexpensive, fun and making some darn good drugstore lipsticks, I ended up with a little trio of goodies to perk up my mood during this rainy month.

First is the new Colour Intensifying Eyeshadow Base which I believe is an update to their original formula and not a replacement. Comparing the two, this one has a much lighter peachy pinky tint which could work well for those who found the original too beige and dark. Second to catch my eye was this romantic pink eye-shadow single in Rosie Flamingo which is beautifully soft to the touch and is a mix between a metallic and a sparkle. Third comes this 2-in-1 Liner Shadow pencil in She’s Got the Mauve; twist up style and very richly pigmented, the creamy formula seems like it would make an excellent everyday one and done shadow or even as a shadow base. Self restraint was certainly needed not to take all 6 shades of this home but I managed to walk out with change for my $20 bill and three pretty little things to add to my collection. Win.